We left Baiona to our first Port of Entry in Portugal which was a harbour called Leixoes just north of Porto.  We anchored in the outer harbour but during the night the wind got up at least 25 knots and clocked around 360 degrees with thunder and lightning!  We were regularly checking on Elemiah.  However, at the height of the storm Richard looked out about 3 am and saw us dragging anchor and heading to the harbour wall.  So in the middle of the night bucketing with rain, lightening and the wind howling we were literally arms out in our pajamas, soaking wet holding Elemiah off an ancient sea wall whilst grabbing fenders.  Finally hauling on the anchor we got the bow pointed out and Glenda on the helm gunned Elemiah out of a potentially disastrous situation.  We then took shelter in the inside marina.  At 7:00 am we inspected the damage, unbelievably we escaped with just slight scratches!  Glenda thanks the day Richard said we should not get a pretty fiberglass boat, but rather a steel boat. She takes strength over stylish a million times!!

Next day Glenda geared up for her first overnight and at least 24  hour sail to Navare and took some seasickness pill (she hates taking meds!)  Unfortunately for sailors, the Portuguese fishermen put down their fishing pots out to 20 miles off shore.  So as we were travelling through the night we had to be out more than 20 miles! This involved 5 hours extra on our journey! 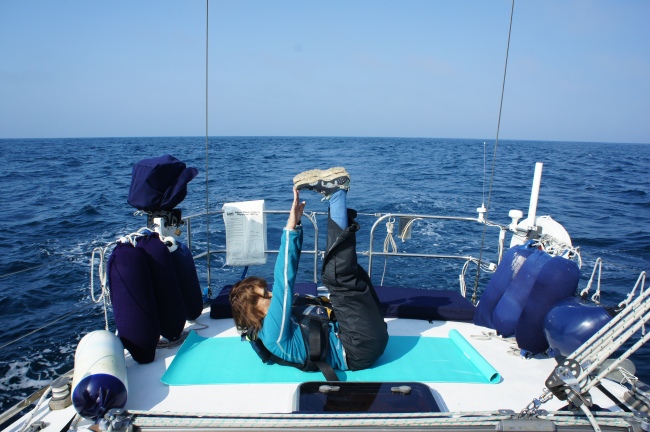 Navare is a small fishing town and the small marina had that fishy smell.  We are boaters who use the marina shower these showers were the worst we have come across. On Saturday, being the weekend, and no marina staff we found the water cold and no one to complain to!

In town we saw the women going around in traditional dresses so we thought that there must be a show that they were off to.  Before too long we realized that they were for real! With the widows appropriately dressed in black.

On Saturday, with a severely reduced bus schedule we made it to two towns with historic Cathedral and Basillica. 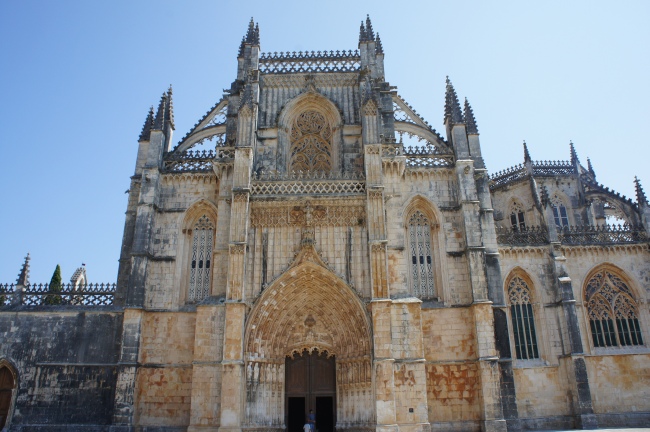 On returning, we found our friends on Laakola rafted off us which was a pleasant surprise.

A wild storm last winter knocked the port side entry light into the water and are not expecting it to be fixed for many years.

All of us left in the morning to Peniche.  On arriving in Peniche we tied up to the marina to find that the staff are not there on the weekend so no key to leave and as we were leaving the next day no one to pay!!

Next port of call is an up market town of Cascais situated at the mouth of the river leading up to Lisbon.  As it was our anniversary Glenda and went into town dressed well to find the Portuguese are different from the hospitable Spanish.  The first restaurant were quite abrupt in their manner of dealing with us, the next restaurant wanted to know what we wanted, on hearing we wanted a meal simply told us with no apology that he closes early!  We did find somewhere to serve us so all was well.

Although the weather is hot during the day at night the Atlantic breeze is quite cool.  Juniper is meeting us and thought it best to meet up in the Algarve as the climate is much warmer by day and night.  So we took another 26 hour hop to Lagos passing by another famous cape St Vincent.

On rounding Cabo St Vincente we encountered a levante wind blowing 25/30 knots on our nose.  The sea was literally breaking into the entrance to Lagos so surfed our way in.